Our first monthly staff/student Badminton competition saw 7 doubles teams take to the courts for what was a highly competitive event.
Played as a round robin group (6 matches up to 15 points each) with a final for the best two teams the level of play was outstanding with the historical pairing of Mr Graham and Mr Hughes showing the youngsters  how to play the game.
After 6 rounds of matches and with the clock ticking towards 5pm it was the “sirs” (who had remained unbeaten throughout) who were through to the final. Their opponents, and looking for revenge, were Finley Smith and Connor Lomas who had only lost the one match so far.
An epic battle ensued with the result in doubt until the final few points but, if history teaches us anything it’s that the cream always rises to the top and so it did as Mr Graham and Mr Hughes came through to take the glittering trophy.
January will see the next episode in this battle and I’m sure it will rage on throughout the next few years!

Next Badminton tournament will be January the 26th 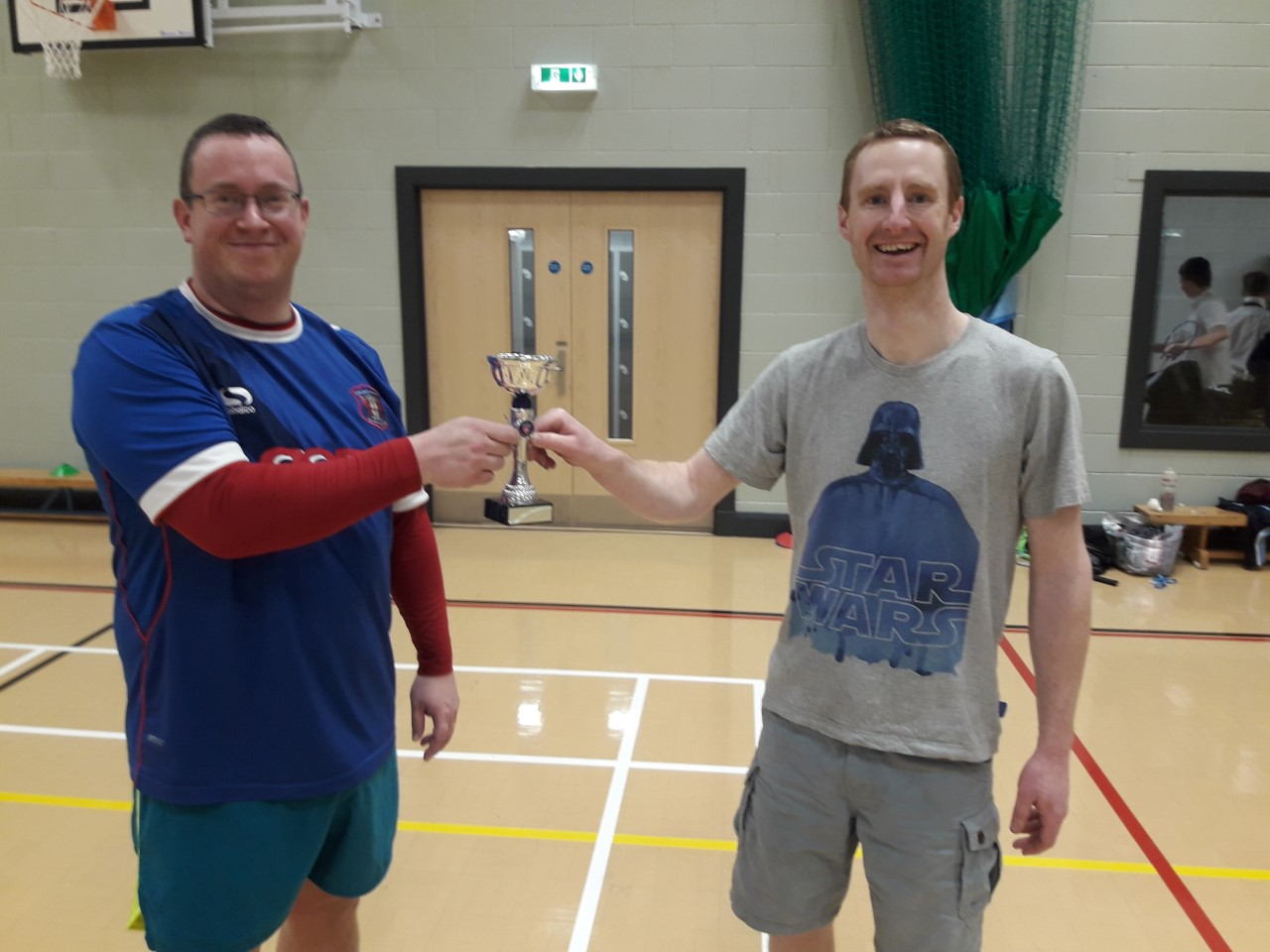