Workington St Joseph’s Walking Football team played in a festival organised by Gretna2008 FC on Sunday the 30th of September. The event was held in order to raise money for Prostate Cancer UK and 9 teams took part.

Being a festival there were no outright winners and no final but that didn’t stop it being competitive and the Workington outfit, who train at St Joseph’s every Monday had a fantastic competition winning 5 out of the 6 minutes each way matches. 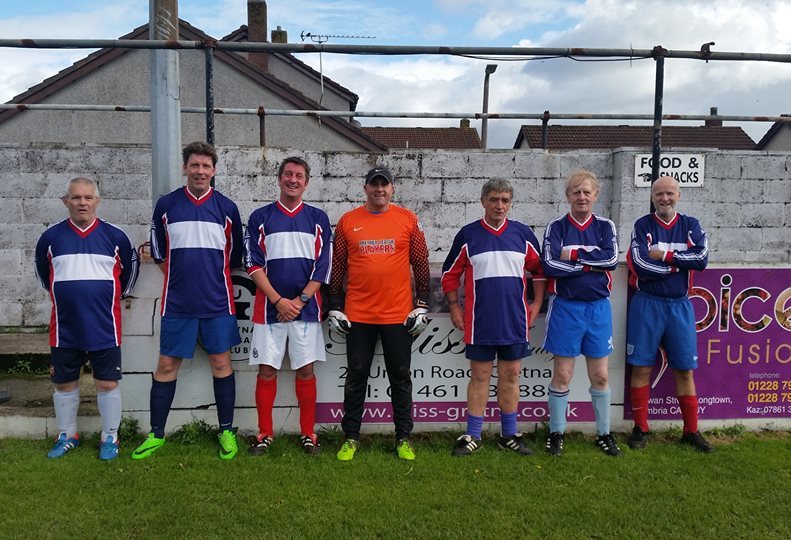